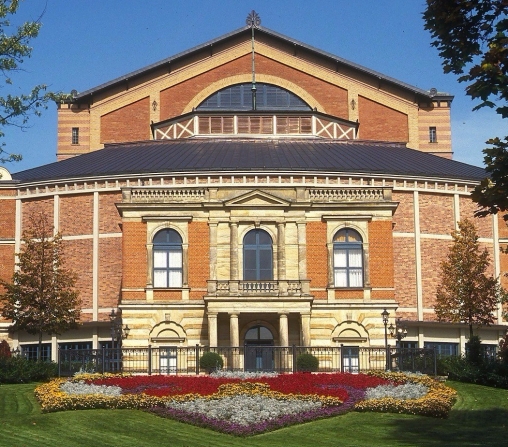 Bayreuth! For hundreds of thousands of opera fans around the world, this word holds a meaning for the universe! Every summer from the middle of July until the end of August the small Bavarian town becomes a Mecca for Wagner opera fans and those who desire to become one. The annual opera festival was established and focusses around performing operas by the 19th-century German composer Richard Wagner, who himself conceived and promoted the idea of a unique festival to solemnly showcase his works.

The anticipation and expectations of audience, professionals and press occasionally exaggerate any reasonable level. The season’s opening night is visited by representatives of rich and famous, high ranking politicians and royals. Tickets are reserved and sold far in advance and present a significant financial investment. But for a real Wagner fans, this all doesn’t matter. For them, it is not about money. It is about Wagner’s operas, theatre and singers. Long-term visitors spend their summer vacations in Bayreuth and build a loyal Bayreuth Festival “Family & Friends”. Its members meet every year to praise the best and to rant about the worst production, to rave and argue about singers, stage directors, conductors and to muse about the good old times.

The 2017 summer festival in Bayreuth did not differ much from the past ones except for the new “Die Meistersinger von Nurnberg” in highly anticipated new production by Australian born stage director Barry Kosky.

Another highlight, which certainly will be remembered, was an impressive “Silenced Voices” open-air exhibition about the Wagner´s family involvement with Nazi regime propaganda and its direct effect upon festivals anti-Jewish casting policies.

Initiated in 2012 this impressive collection showcases twelve large stelaes portrays the tragic life stories of 53 persecuted, defamed or not occupied for “racial” or political reasons Jewish artists, musicians and singers.  According to the Richard Wagner Foundation and curator Hannes Heer and due to the great response from guests and citizens, the city of Bayreuth decided to keep this installation on the “green hill” permanently. 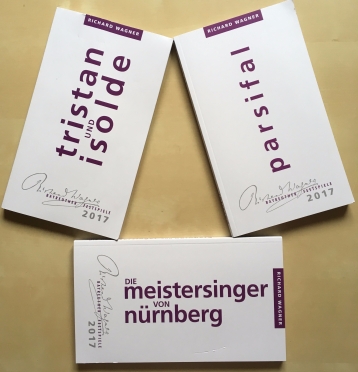 Three visited performances: “Tristan and Isolde” on July 26th, “Parsifal” on July 27th and “Die Meistersinger von Nürnberg” on July 31st, can be united to build an operatic triangle marked by great singing, impressive acting and the unique flair of this historical place. Sort of Bayreuth-Bermuda-Triangle, a universe, one inside you never want and can escape. The storytelling triangle circles around love/hate-suffering/struggle-repentance/salvation themes. An impressive production team triangle is built out of “Tristan” conductor Christian Thielemann, stage settings by Gisbert Jäckel in “Parsifal” and staging by Barry Kosky. Singers triangle encloses impressive performances by Stephen Gould as Tristan, Elena Pankratova as Kundry, and Michael Volle as Hans Sachs.

Check out in November: a single review on each performance!